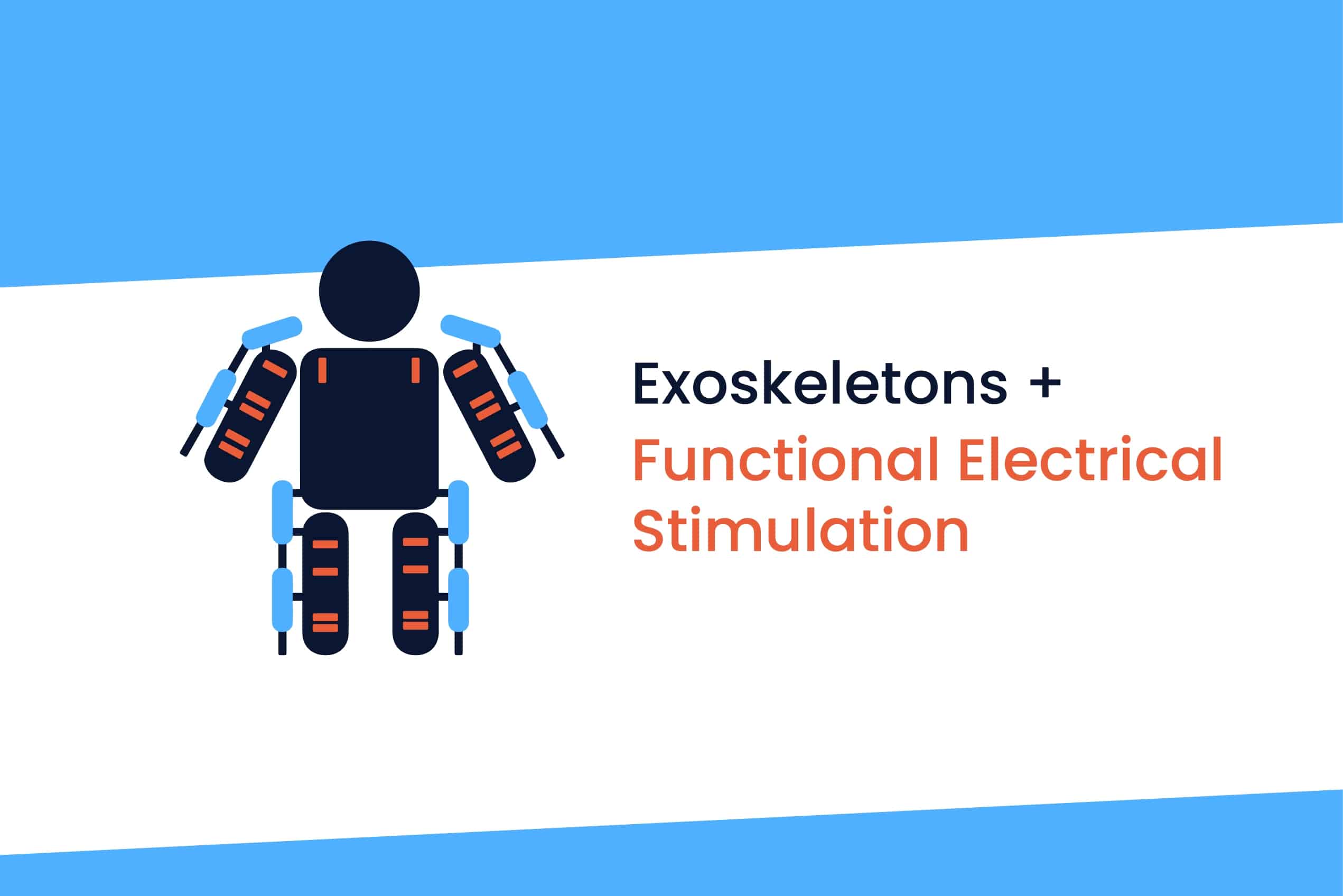 Two emerging technologies have the potential to revolutionize mobility for people with paralysis: robotic exoskeletons, and functional electrical stimulation (FES). Exoskeletons are wearable robots designed to help people move better. FES uses small electrical pulses to externally activate muscles, helping someone move their own limbs with their own muscles, even despite paralysis. Each technology has its own unique benefits and challenges – would a combined system be lesser or greater than the sum of its parts?

To learn more about FES, click here: What is FES? To see a medical device that uses FES to help people with paralysis perform a therapeutic exercise, check out the MyoCycle!