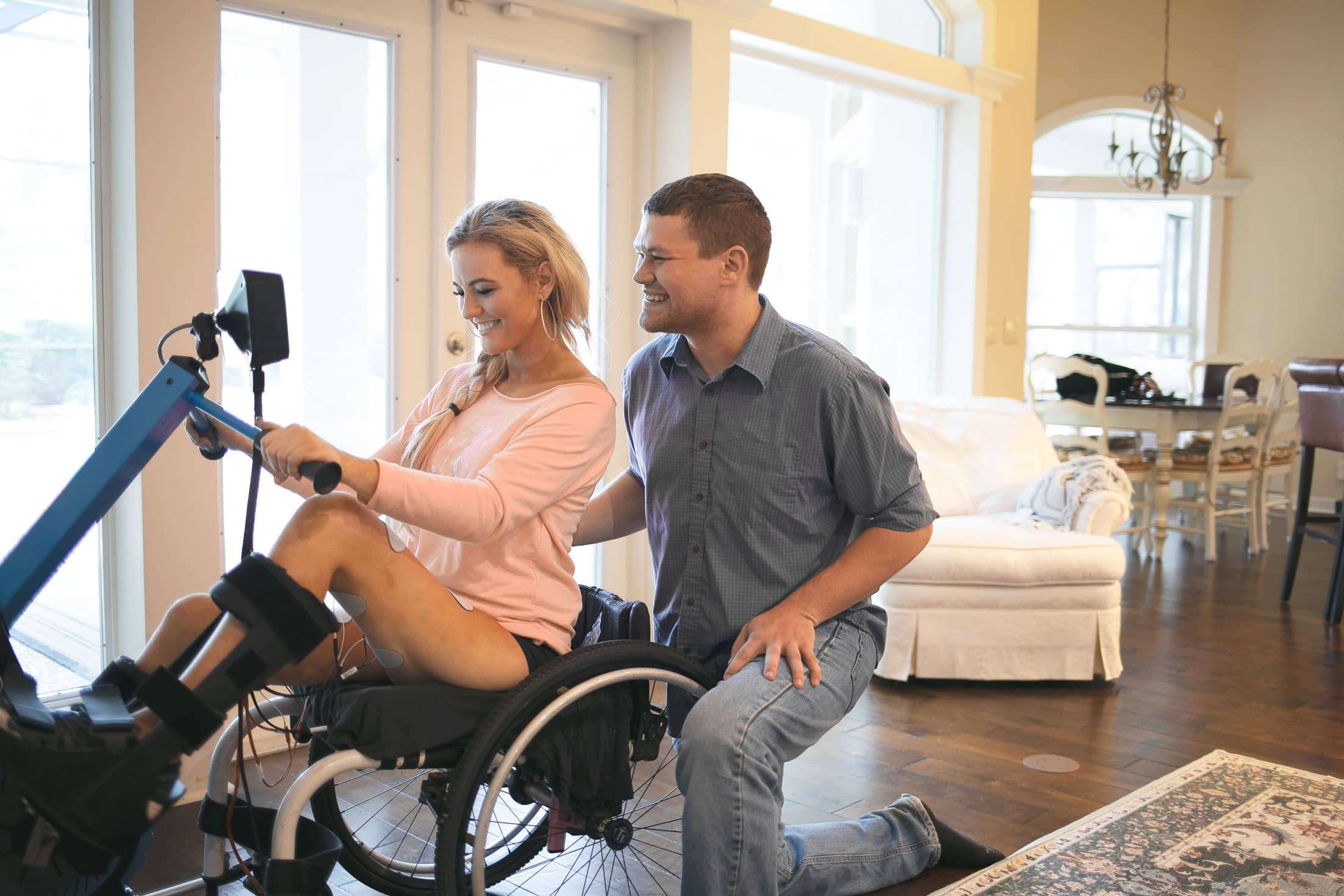 How can FES Cycling help those with Parkinson’s Disease?

Parkinson’s disease (PD) is a progressive neurological disorder that can have a profound impact on the way people move. Damage to brain cells inhibits the brains’ ability to produce dopamine – a neurotransmitter necessary for communication between different parts of the brain. Without enough dopamine, the symptoms of Parkinson’s disease appear, which may include tremor, slow movements (bradykinesia), stiff muscles, weakness, loss of coordination, and other effects on movement.

Exercise is medicine, and exercise is especially therapeutic for people with PD [1]. The leading theory is that exercise triggers the release of neurotrophic factors in the brain, which help to protect the brain cells from further degeneration. Exercise may even improve the brain’s ability to produce dopamine, further slowing the degenerative effects of PD. This would explain the success of programs like Pedaling for Parkinson’s. Researchers have discovered that forced exercise, as opposed to voluntary exercise, can have an even greater therapeutic effect for people with PD [2].

Forced exercise usually involves a tandem bicycle with fixed gears, upon which an able-bodied person and a person with PD sit. The able-bodied person pedals faster than the person with Parkinson’s can pedal on their own (usually around 90 rpm), effectively forcing the person with PD to pedal faster. This same effect can be achieved with a motorized exercise bike [3]. It has been demonstrated that forced exercise has a positive effect on PD symptoms, likely because both the quantity (pedaling faster) and quality (pedaling smoother) of the exercise is enhanced in forced pedaling when compared to voluntary pedaling by people with PD. Cueing (e.g., auditory cueing like a metronome) can have a similar effect by helping someone with Parkinson’s improve the quality of their movements [1].

To summarize, Parkinson’s causes stiffness, weakness, loss of coordination, tremors, and other effects on movement that can be treated by motor-assisted cycling, especially if cueing is provided.

It makes perfect sense, then, that motor-assisted cycling with functional electrical stimulation (FES cycling) would be a great therapy option for people with PD. However, surprisingly, only MYOLYN’s co-founder, Matthew Bellman, PhD, together with Chris Hass, PhD, have investigated the potential benefits of FES cycling for people with Parkinson’s [4]. Their pilot data suggests that a person with Parkinson’s can pedal faster and more smoothly when assisted by FES, likely because the added FES can enhance muscle force production and provide cueing via the sensation of the stimulation during cycling.

Therefore, FES cycling, especially isokinetic FES cycling with electric motor assistance, can provide a person with PD all the benefits of forced exercise, in addition to the traditional benefits of FES, which are:

MYOLYN is working to understand further the potential benefits of FES cycling for people with PD. If you or someone you love has Parkinson’s and is interested in FES cycling, contact us today to learn how the MyoCycle Home can meet your needs!