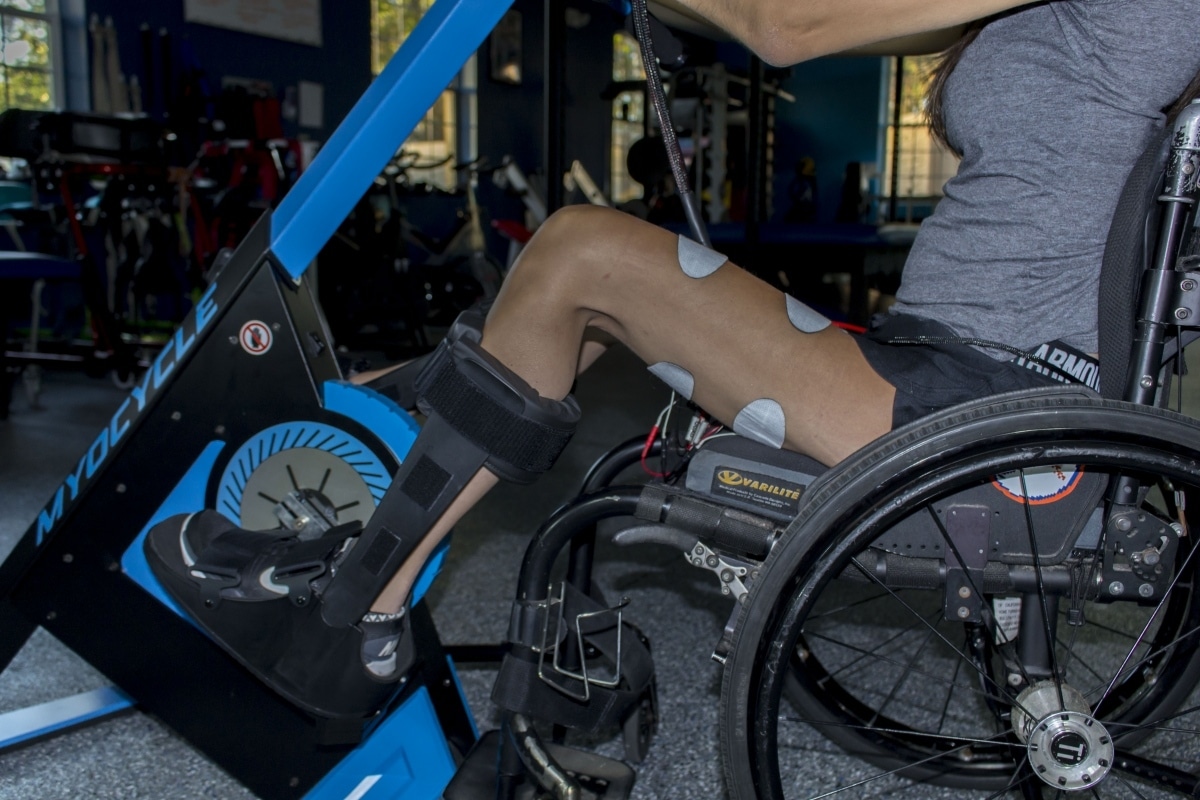 The study was a randomized controlled trial or RCT. RCTs are considered the gold standard in clinical research. In RCTs, subjects are randomly assigned to groups. One of the groups receives the ‘standard’ treatment, while other groups receive treatments that are being studied.

In this study, the treatments were FES isometric contractions (FES-IC) and FES cycling (FES-CE). For FES-IC, the subjects used stimulation to contract their leg muscles without moving the leg. For FES-CE, subjects used an FES bike to cycle against increasing resistance for 30 minutes, three times per week. Twenty-six patients who had spinal cord injuries between 4 weeks and 15 weeks earlier were randomly assigned to one of three groups. The control group did not use FES, one group did FES isometric contractions, and one did FES cycling.

The results were clear. FES cycling significantly reduced the loss of total body lean mass. It also significantly increased lower-limb lean body mass! Graph A in Figure 1 above shows how total lean body mass changed with respect to the baseline for the three study groups. The control group (CTRL) is on the left, the FES isometric contraction group (FES-IC) is in the center, and the FES cycling group (FES-CE) is on the right. You can find the full study here.