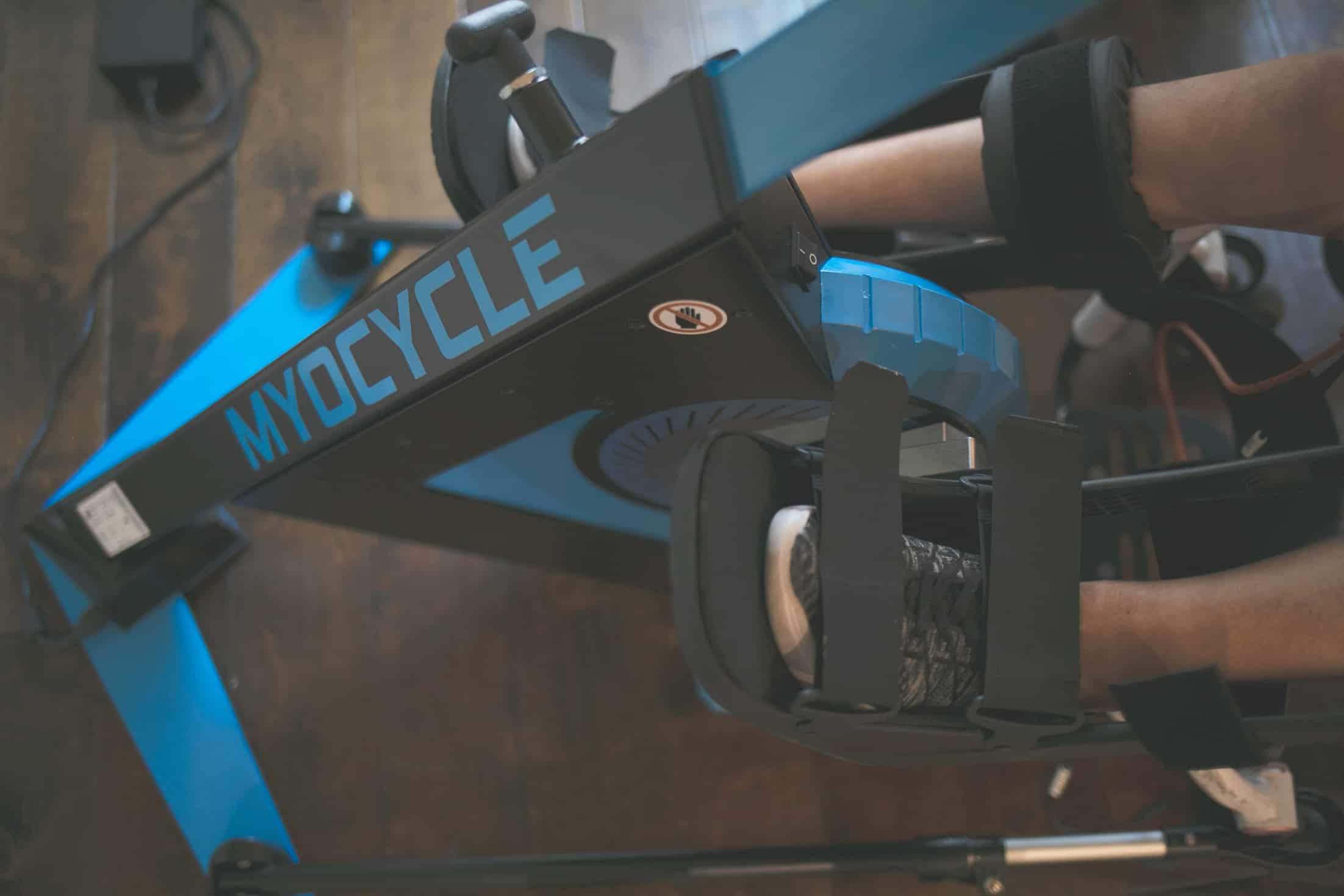 The Future of Brain-controlled FES

Upper motor neuron damage, caused by injuries or illnesses like spinal cord injury and multiple sclerosis, effectively disconnects the body’s muscles from the brain. Without orders from the brain, muscles become weak and spastic (paretic or paralyzed).

Electrical muscle stimulators can help people with paralysis by sending electrical signals directly to the muscles, typically through the skin with transcutaneous electrodes, causing the muscles to contract. When the goal is to produce a controlled, functional movement with the stimulation-evoked contractions, we call it functional electrical stimulation (FES).

The phrase “functional electrical stimulation” was coined in 1962 by two researchers, J. H. Moe and H. W. Post, who used it to improve walking function in people with foot drop caused by hemiplegia after stroke.

Since then, FES has been used for various applications, including walking, cycling, reaching, and grasping, and it has even been used for control of the bowels, bladder, diaphragm, and heart.

How Does FES Work?

Most FES devices are controlled by a computer, which takes over the brain’s role of communicating with the muscles, because, from the perspective of the muscles, the brain has become silent. These computers are programmed to stimulate the muscles according to inputs from the user and sensors. For example, the user can power on the stimulator, select a program to run, choose some parameters, and activate stimulation. The device can then automatically adjust stimulation timing and intensity based on inputs from sensors like accelerometers.

The process of manually interfacing with a computer to control a person’s muscles can be slow, difficult, and error-prone. Suppose a user with paralyzed upper limb muscles wants to pick up a cup and drink from it. FES can be used to activate the muscles in the user’s arms, enabling them to lift their arm, reach for the cup, grasp it, and bring it to their mouth. However, existing FES devices require the user to manually select the desired movement, then manually adjust the stimulation parameters as necessary to achieve the goal, and this process must be repeated for each unique sequence of movements. Imagine trying to control your arms through an app on your phone – the nature of the interface makes the process slow and cumbersome. FES devices need to become smart enough to know what the user wants to do and execute the task effectively, without much conscious effort from the user, if they are ever to achieve their full potential.

How do We Make FES Devices Smarter?

One way to make FES devices smarter is to connect them directly to the user’s already-smart brain. If the FES controller could just read the user’s mind to quickly and reliably determine what the user wants to do, then the user’s brain could be effectively reconnected to their muscles, restoring functional mobility and independence. In fact, researchers around the world are doing just that!

Researchers have long pondered how best to integrate brain-computer interfaces (BCIs) with FES devices [2]. BCIs include non-invasive methods, such as electroencephalogram (EEG) or functional near-infrared spectroscopy (fNIRS), and invasive methods, where probes are inserted under the skin or through the skull to improve signal measurements. The BCI reads signals from the brain and translates them into commands that are sent to the FES device, and they learn how to translate the signals properly through hours of focused training. Most non-invasive BCIs are only capable of interpreting a few commands, like on/off and left/right, but they are generally safer and cheaper than invasive systems, which can interpret many more unique commands.

BCI and FES devices are two technologies that are rapidly advancing [2]. We can imagine a future when these might be combined with a robotic exoskeleton to completely restore mobility for people with paralysis (more on FES + exoskeletons). These technologies are each complex in their own ways, and combining them introduces new challenges, making it likely to be many years until an integrated system is fully realized. However, with continued research and innovative companies translating research into products, it is only a matter of time before we can reconnect brains and muscles in people with paralysis, thereby revolutionizing mobility and independence for millions.

Interested in other applications of FES for people with paralysis? Check out the MyoCycle!