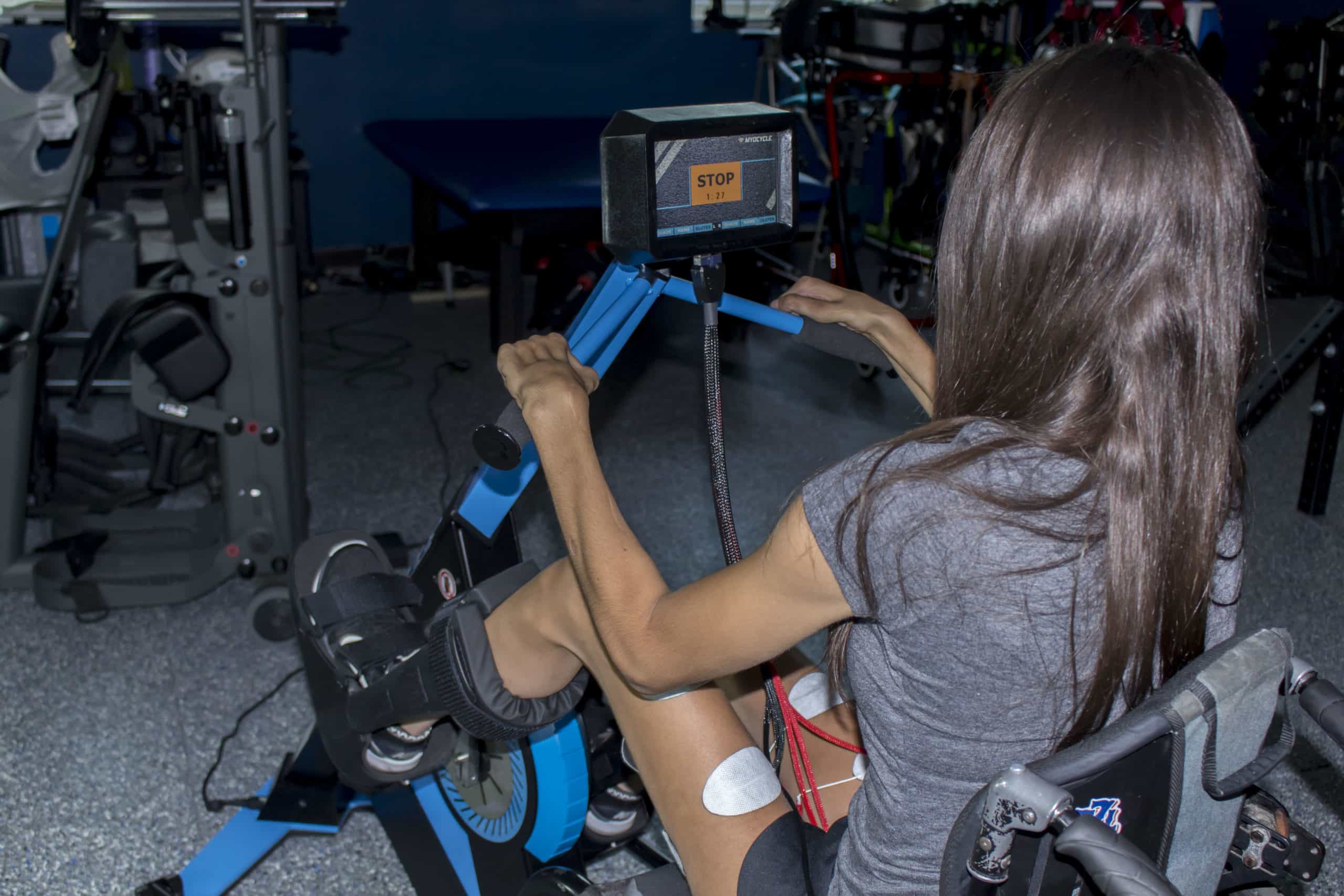 The Benefits of FES Cycling for People With Cerebral Palsy

What is Cerebral Palsy?

Cerebral palsy (CP) is a broadly-defined neurological disorder that encompasses brain injury or malformation in a child’s brain that occurs before, during, or immediately after birth and results in impaired motor control [1]. Because of the broad definition of CP, people with CP can exhibit a very wide range of symptoms, and no two people with CP will exhibit the same symptoms. However, people with CP generally have difficulty moving parts of their bodies normally because of muscle weakness or paralysis, impaired muscle coordination, and/or spasticity. Impaired motor control can also be accompanied by intellectual impairment, seizures, or sensory impairment.

Physical impairment can severely limit participation in physical activity by people with CP, as is true for anyone with physical impairments. Lack of physical activity can lead to the development of any number of chronic diseases [2], especially in children with disabilities like CP [3]. Exercise is an effective method for mitigating the negative secondary health effects of neuromuscular diseases like CP [4], but how can someone with CP exercise despite their impaired motor control, especially when 31% of children with Cerebral Palsy have limited or no walking ability [5]?

How Can FES Cycling Help Those with Cerebral Palsy?

Stationary cycling is an especially effective means of exercising for people with disabilities, as it’s a relatively simple task that physically engages the entire lower body but doesn’t require dynamic balancing. Unfortunately, physical impairment often prevents children with CP from cycling at workloads high enough to achieve a significant therapeutic effect. Cycling combined with functional electrical stimulation (FES cycling) has been used for more than 30 years to help people with spinal cord injury exercise despite physical impairment [6]. Recent research is proving that an FES bike, especially FES-assisted cycling, where the patient actively participates in the cycling with help from FES, offers similar benefits for people with CP [7]-[10]. Specifically, the research has demonstrated the following benefits:

FES cycling may also provide afferent sensory input to the central nervous system that enhances brain plasticity and cortical motor output, which may further improve functional outcomes in a manner similar to the effect of FES cycling for people with multiple sclerosis, Parkinson’s disease, or stroke.

FES cycling can significantly improve the quality of life for people with CP, as it provides them a way to achieve therapeutically significant levels of physical activity despite their physical impairments. The MyoCycle is an affordable, easy-to-use FES bike that can be used by people with Cerebral Palsy to achieve the combined benefits of cycling, isokinetic exercise, and FES. The MyoCycle can specifically provide the following benefits to people with CP:

If you or someone you love has CP and is interested in FES cycling, contact us today to learn how the MyoCycle can meet your needs.