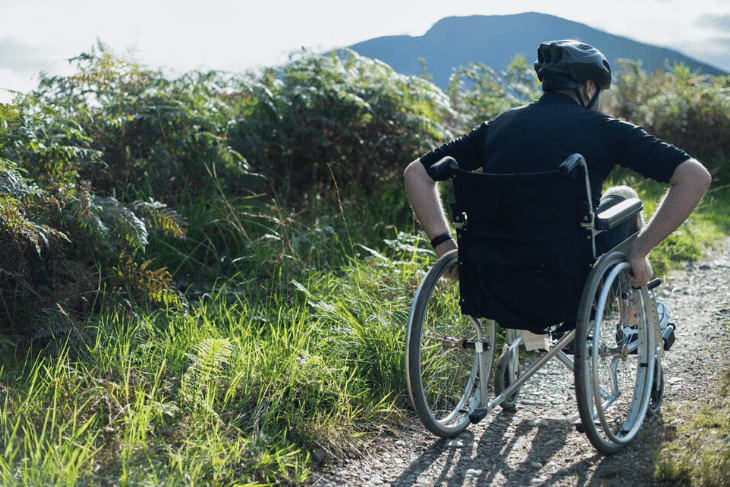 Movement is essential to human life. Moving through your home, picking up a child, dancing – these are all actions that require coordinated and effective movements. When a person’s ability to move is impaired, so is their quality of life. Restoring that lost quality of life requires restoration of the person’s ability to move or significant adaptation to a different, often more difficult lifestyle.

For the 5.4 million people in the US living with paralysis [1], and for the millions more around the world, functional electrical stimulation (FES) therapy has the potential to return quality of life by empowering people to move despite paralysis.

Because of its power to control paralyzed muscles, FES therapy was first conceived as a neuroprosthetic for people with hemiplegia. In fact, the term “FES” was first coined in 1962 by J. H. Moe and H. W. Post in a publication titled, “Functional electrical stimulation for ambulation in hemiplegia.” In this seminal publication, the authors describe the use of FES to treat foot drop by activating the paralyzed dorsiflexors, thereby returning a person’s walking gait to normal.

Since the 1960’s, FES therapy has expanded far beyond this first application. The remainder of this article provides an overview of the different characteristics of FES therapy in research and clinical practice that will continue to evolve and should be tracked by those interested in FES therapy.

FES therapy is applied either as a neuroprosthetic to achieve a functional outcome with a therapeutic effect. A neuroprosthetic’s primary objective is to replace some lost nervous system functionality for a patient. In the case of FES for foot drop, the device restores the patient’s functional ability to activate their tibialis anterior muscles to lift their foot during the swing phase of gait. Such application of FES therapy generally strengthens the stimulated muscles, improves local blood circulation, reverses muscle atrophy, improves range of motion, reduces muscle spasticity, and re-educates the neuromuscular system. For more on the benefits of FES therapy, check out the clinical research on FES cycling.

As FES therapy has advanced over the past 50 years, the therapy objectives have begun to broaden, so expect to see FES being used for more diverse applications in the future.

FES therapy is usually applied as a standalone intervention or in combination with another system to increase therapeutic effects. Standalone FES therapy typically involves the use of a portable FES device to achieve an isolated movement, such as knee extension for strengthening the quadriceps muscles or grasping for neuromuscular re-education.

FES therapy systems combine an FES device with another therapy device, like a stationary bike, to enable complex movements like cycling. While standalone stimulation is usually limited to one or two muscle groups at a time, FES therapy systems have the capacity to stimulate six or more muscle groups simultaneously. Complex movements improve the neuromuscular re-education capabilities of FES therapy, and increasing active muscle recruitment enables greater cardiorespiratory benefits.

The MyoCycle is one example of an FES therapy system designed to maximize therapeutic benefits while minimizing cost and complexity. As FES therapy evolves, it will be incorporated into more therapeutic systems, including robotic treadmill trainers and robotic exoskeletons.

FES therapy normally involves non-invasive, transcutaneous electrodes to control large muscle groups. Perhaps more important are the smaller, internal muscle groups responsible for breathing, beating our hearts, swallowing, controlling our bladders, and all the other subtle movements that keep our bodies alive and well. It is difficult to target these smaller, internal muscle groups with externally applied FES, so developers began implanting electrodes inside the body to achieve direct access to these muscles. Implanted FES therapy devices can control limb motion, bowel and bladder function, and even breathing [2], and they can be used for spinal cord stimulation. These incredible benefits come at the cost of a major surgical procedure and risk of implant rejection or infections, and if the device breaks, another surgical procedure may be required to repair or replace the device.

Recently, researchers began combining FES devices with brain-computer interfaces to create brain-controlled FES therapy systems [3]. These systems use electroencephalogram (EEG) sensors or electrodes implanted in the brain to read and predict how a patient wants to move. The connected FES device receives the intended movement command, then stimulates the muscles necessary to execute the command.

FES therapy is a powerful tool, but greater adoption is needed to make FES a standard of care. Are you interested in adding FES therapy to your rehabilitation toolkit or increasing the efficiency of your FES therapy program? Request more information about the MyoCycle FES cycling therapy system to get started.